I’m still trying to get caught up on my gibberish…

All I have to say was wow… was I ever a headless chicken.

We hosted a Open/In house GI, Submission Only BJJ Tournament with IBJJF rules for uniform with illegal submission techniques that included slams, fish-hooks, eye-gauging, biting, any-slicers, heel-hooks, toe-holds, knee-bars, knee-reaping, neck-cranks, & small joint manipulation (finger locks). Having such a smaller pool of guys that train BJJ up here makes it harder to set up a bigger tournament. Let alone travelling to compete… 8 hour drive to Minneapolis, fight to Chicago, 18 hour drive to Toronto… in some cases $2000 to go win or lose, just for a shiny medal lol… so having a miniature in-house tournament makes sense, especially so some of the guys can gain some kind of experience if they chose to join the competition circuit. Experience is everything when competing, from the training required to the legalities of your GI, then the competition jitters. What a better way to gain some of that competing safely, cost efficiently inside your own house.

Our format consisted of a 6 min, round robin matches, with at least 4 matches for each competitor. 1st, 2nd, & 3rd place awards and then cash awards for absolute division only… noted that it wasn’t much, but it was something to encourage more guys to compete in the division. A win was worth 10 points, draw 5 points, and a loss 0 points. I included sudden death rounds in the event there was a tie in points for awards, competitors had to fight another fight to decide placement in a 6 min round in which by the way we only had 1. In the event that the fight for placement turned into a draw, there was to be sudden death rounds starting with a full back take, harness and hooks (first submission, or fastest combined of 3 escapes, or fastest of 3 combined submissions)… yes I ripped it off EBI and Submission Challenge. So Sorry…

We had 4 divisions which was tentative and based on the participants with the following:

Weigh-ins with a GI from 8:00 am to 9:00 am, review of the rules and illegal techniques review 9:00 am to 10:00 am… everything was pending on the logistics and time. I ran 1 clock with 3 matches on the go. 3 refs including me, Travis with the videos, Jayden on the score keeping and clocks, Scotty a ref and Gary jumped in our listed competitors listed below.

From getting the guys weighed in, to reffing… thank god for Travis, Scotty, Gary, Jayden, and even Hassan for the help… no way could this ever only take one person.

I’ll be honest I tried to put myself in the matches… with the amount of guys and the way it worked out. It would have made no sense considering the even playing field of guys in the brackets…

22 guys and everyone worked their but off in their matches… great stuff guys.

Next time it will be bigger!!

Competition is always good… helps you grow, its just a format for you to practice, especially in front of your peers.

The matches that were put together below… 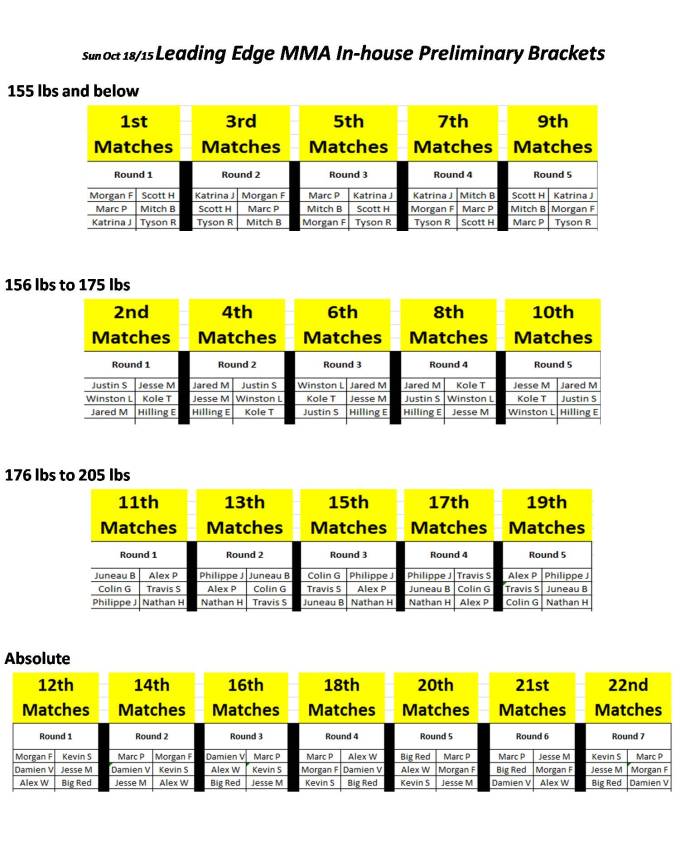 I’m hoping to put up all the videos of the matches at some point… quite a lot lol… not even sure if that’s feasible. Maybe just a DVD and then get everyone a copy??

Any who… peace out, I  still have to catch up on the other days of training!! 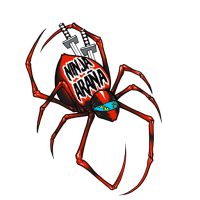